The beautiful western tanager (Piranga ludoviciana) was unknown until a specimen collected by the Lewis & Clark Expedition was formally identified by American ornithologist Alexander Wilson in 1811.  This colorful American songbird of the cardinal family prefers bugs, fruits, berries and tall coniferous trees, which is why it's so difficult to ever see one in the wild.

After residing in Wyoming for nearly a half-century, I can count on one hand the number of times I have even observed a western tanager.  I've had only one moment in the rain years ago here in the Wind River Canyon where I'd imaged a dazzling male.  Not being satisfied I've waited, and waited, and waited..........

The last week of May, three male western tanagers arrived and fell in love with my suet-blocks that I put out for woodpeckers, chickadees and assorted finches; females of the species were with them.  Using our cabin as a blind I happily photographed away with two distinctly different Canon cameras.  The three male tanagers were of varying ages and the weather was changing constantly.

This first photograph was taken with the Canon M6 Mark II and the Canon 70-200mm F/4L lens hand held.  A yellow bird is the most difficult to photograph in sunshine, which makes this adult-male western tanager all the more amazing. 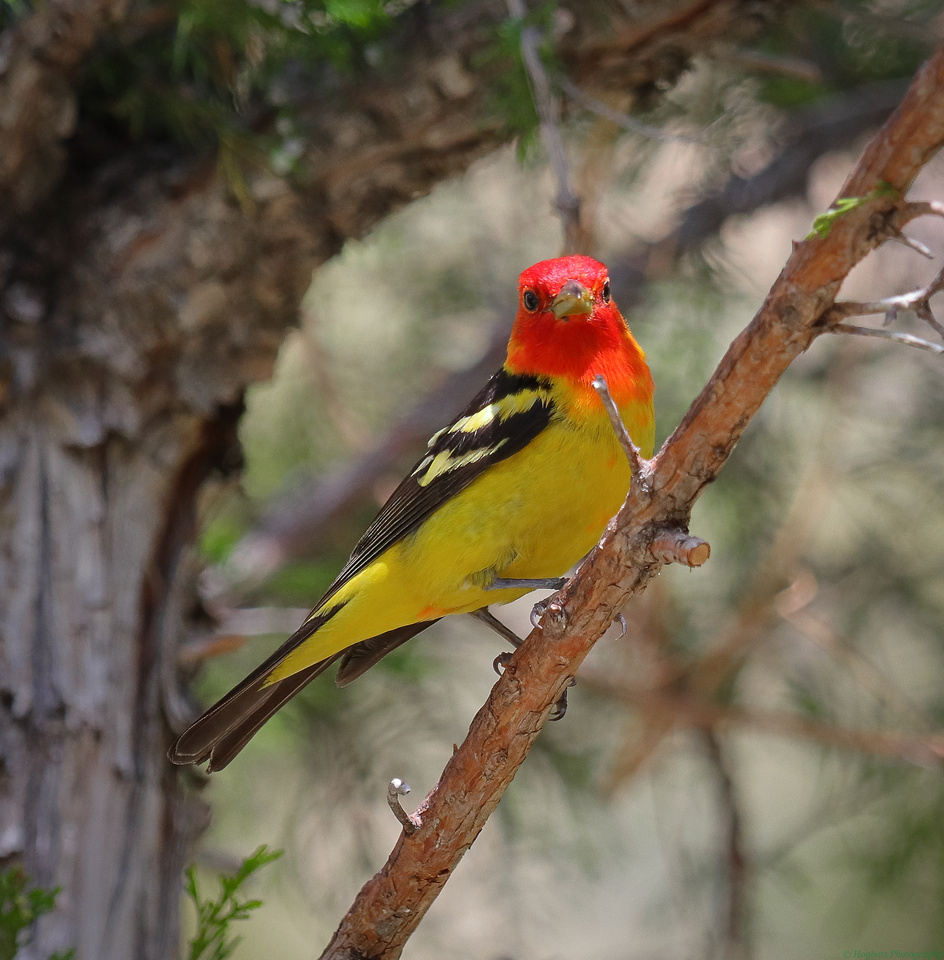 They spent a week here in the Wind River Canyon wolfing down the suet-blocks while I merrily took their picture over and over.  I had a lot of bytes to mull over each day and it isn't easy to choose what is best.  But the series of images taken on a partly-cloudy day yielded some wonderful pictures of a dazzling western tanager in a wilderness environment. 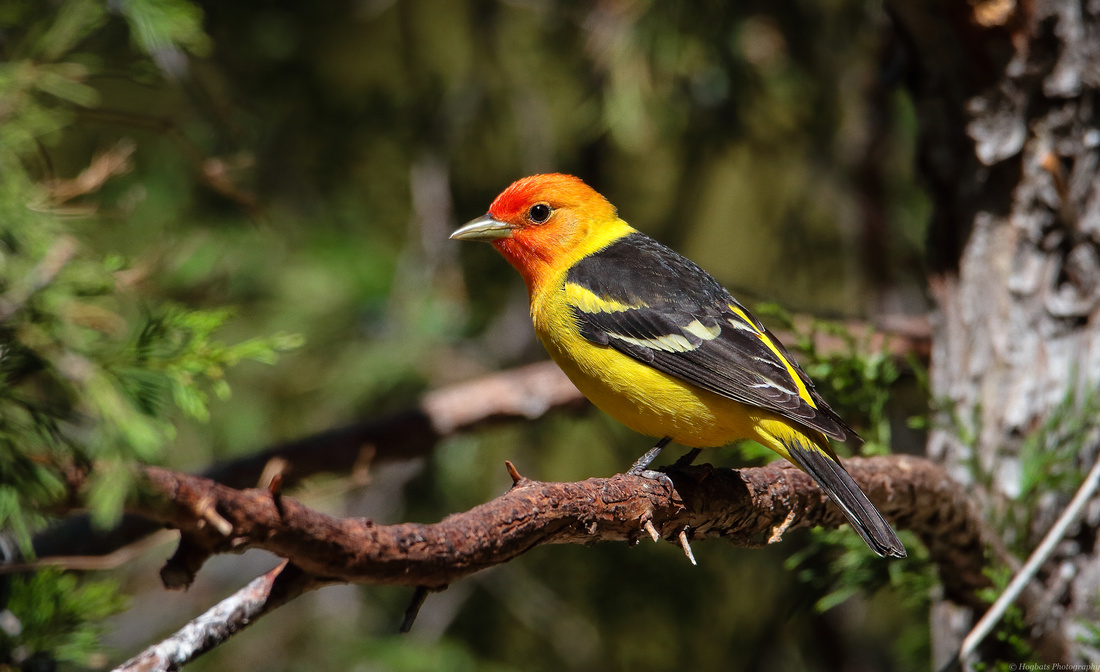 The western tanager is one of the most striking and elusive birds in the western United States, and it was a privilege to have spent such valuable time with them here in the Wind River Canyon.  The files have been backed-up, as all your work should be, and I will be working on them for quite some time, I am sure.  I don't know if they're nesting in some big pine tree high up near the rim of the canyon, or they've moved on.  Seldom do I get to know the "rest of the story."  Mother Nature can be a bit of a tease......

All photographs, wildlife stories and all post-production is by Michael John Balog; resident of the Wind River Canyon.  Safely visit my website HogbatsPhotography.com for many more images of birds, hummingbirds and even Bighorn Sheep, all photographed right here in the canyon.

Thank you for reading my Wind River Canyon Blog.