Spring in the Wind River Canyon is one of Mother Nature's most dramatic transformations you will ever witness.  From a dull tan, the canyon erupts in an emerald green, then the magical Wind River Canyon begins to show its true colors as wildflowers begin to bloom in the millions.  It's a change that must be witnessed to believe.

In order to image these wildflowers in the canyon it requires a strenuous hike and something cold to drink, and don't forget that cougars also live here; as if I ever could after seeing those films!

It didn't seem hot down by my cabin, but on the mountainside it was nearly like the proverbial oven; glad I took the stainless bottle of peach tea with ice.  Get a good one because while hiking in a wilderness you're going to need it cold.

This first landscape is with the famous yellow Arrowleaf Balsamroot wildflowers (Balsamorhiza sagittata) which are supposed to be edible; I haven't tried them.  The plant's tissues contain 30% protein!  They bloom in the millions on the canyon mountainsides. 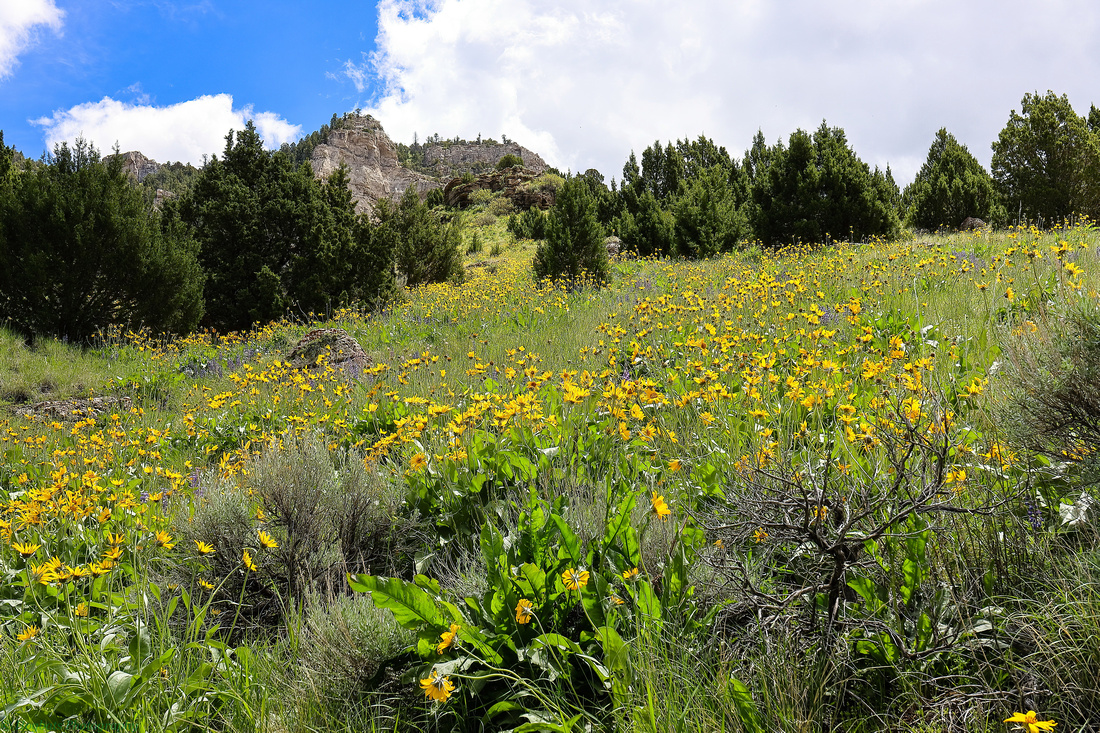 The taproot of these flowers grow deep and can weigh an astounding thirty pounds, and are used as a substitute for coffee when dried.  They have been used by Native-Americans for immune support and an oil source. 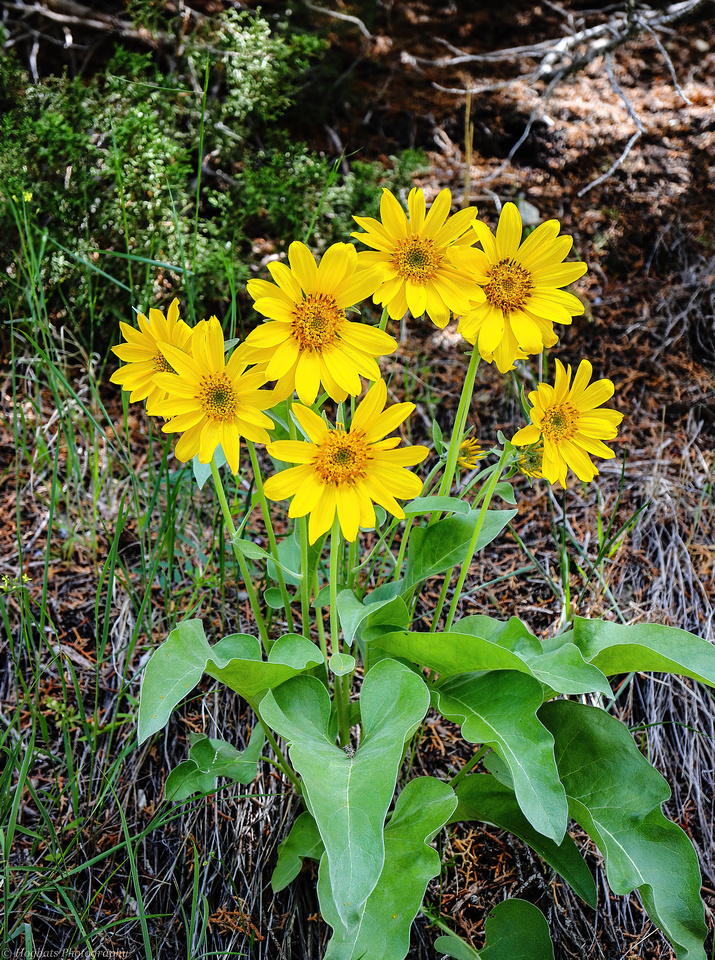 My next Wind River Canyon wildflower landscape is a much different flower.  The Silvery Lupine (Lupinus argenteus) are blueish-purple in the canyon.  These flowers are widespread around the world and the seeds have been consumed for thousands of years.  The ancient Egyptians were known to eat them!

Commonly called lupin beans, they were cultivated by the ancient Romans and helped feed them as they conquered the known world, yet were unknown in America till Lewis and Clark identified them in what's now Montana in 1806.  The large seed-pods are opened and the seeds washed and dried to remove the bitter alkaloids and can still be purchased in Europe like pickles. 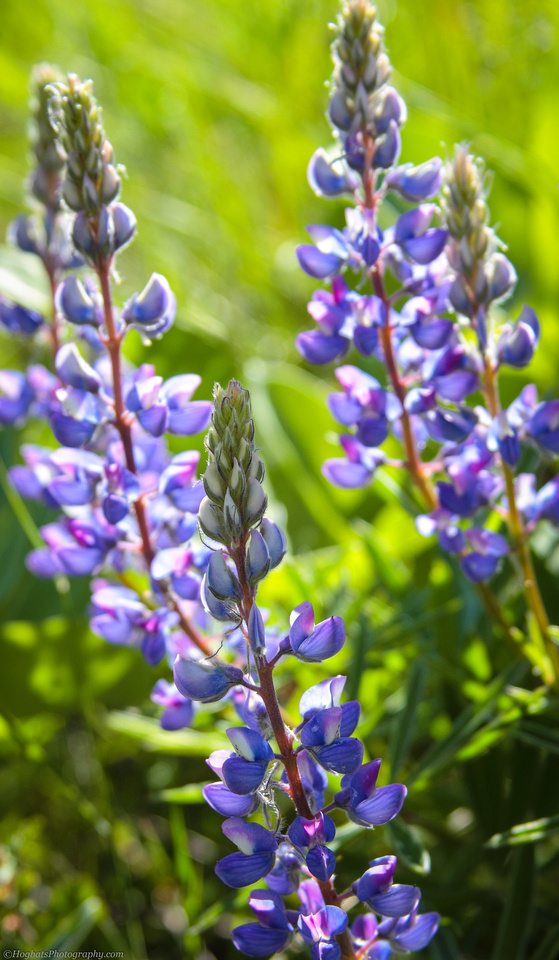 As I constantly do research, it's interesting what is edible that grows all around us, and what is deadly poisonous.  Yet these plants sometimes sprout near each other, so it pays great dividends to read and learn; don't just put that wild plant in your mouth.

Good preparation will make your next hike in a wilderness a safe one.  Now get out of your home and let Mother Nature soothe your mind and soul; something we all need in these crazy days.

All content of the Wind River Canyon Blog and HogbatsPhotography.com is created by me, Michael John Balog, a resident of the canyon.  Safely visit my website and I can guarantee you will see the wilderness as you've never seen it before.

Thank you for sharing your valuable time with me.