Winter arrived rather early this fall here in the Wind River Canyon; we were hit with two storms in quick succession that left a blanket of fresh snow, white and beautiful.  It's also the time of the year when a cute little weasel turns snow-white, except for the black 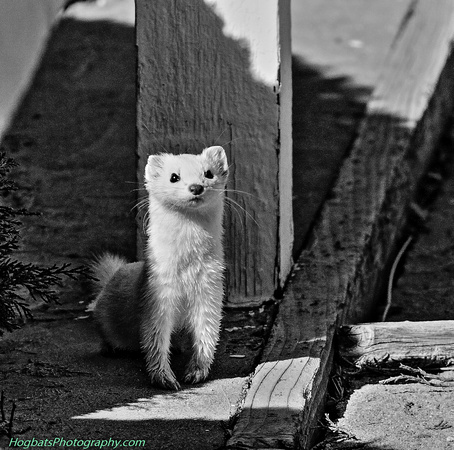 The Ermine or Stoat (Mustela erminea), also known as the Short-tailed weasel, turns absolutely snow-white in the fall; their tail-tip stays black, like the end of a paintbrush dipped in ink; they really are quite adorable.  But this is a true hunter that never digs its own home; it uses the den of its victims and lines its nest with their fur!  Here in the Wind River Canyon their main food source is the vole (voles are the food staple of many predators) and any other small furry animal the ermine can hunt down and kill.

Don't feel bad if you haven't seen one; most people haven't ever observed one alive in nature either.  I say alive because their snow-white fur has historically been coveted by many; it is a status of monarchy and power even to this very day!  Leonardo da Vinci painted in 1490 the "Lady with an Ermine" which is a beautiful example of the rich pretending to "tame the beautiful hunter."  White of course is interpreted as a sign of purity; the thing would have torn her hand off!

The ermine crossed into North America 500,000 years ago and are distributed circumboreal, meaning spread throughout the northern regions; there are considered to be 37 subspecies.  In colder climates, like here in Wyoming, they turn white in colder months.

The mythology surrounding this wild animal is truly a volume just by itself.  For instance----It was thought that the saliva of an ermine can kill a grown man!!  They are a real silent hunter as the photographs below show quite clearly. 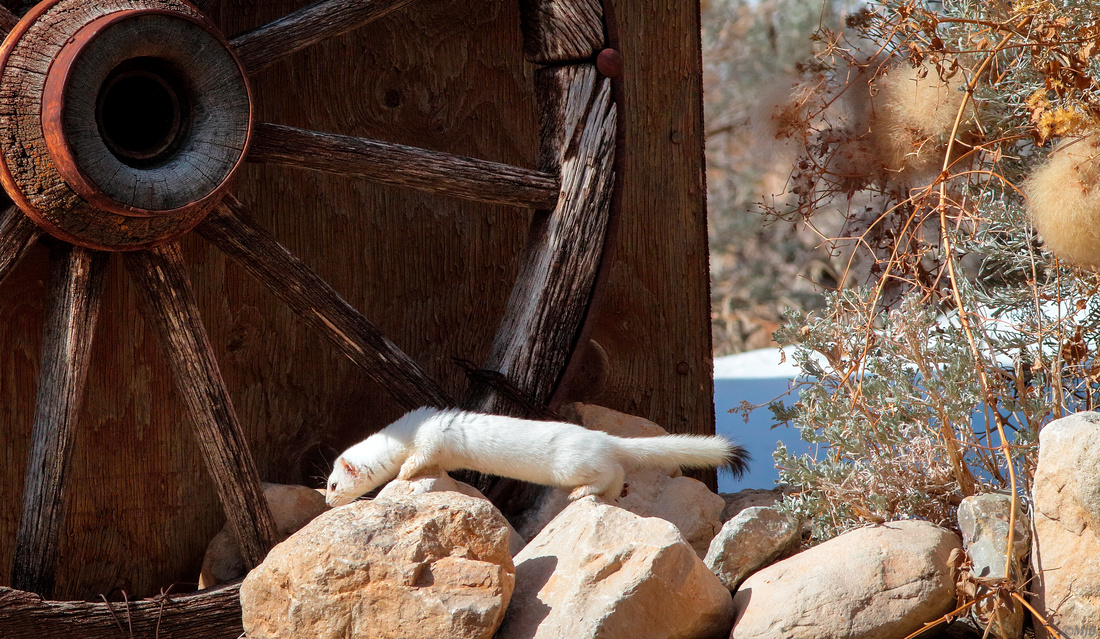 The real reason for the rare reference in the title of this Wind River Canyon Blog is that I recently realized that I haven't seen one hunting around the cabin in quite some time.  I know and read animal tracks and haven't seen any signs whatsoever.  Even with the eye of an eagle I just don't see many around.  Lots of voles for food, just not very many Stoats....I prefer the Ermine tag.

Thank you for reading my Wind River Canyon Blog; I am Michael John Balog and produce all wildlife stories and photographs on HogbatsPhotography.com