Each summer, there are many hummingbirds that come to the Wind River Canyon in central Wyoming to nest.  "Hummingbird Season" actually starts much earlier then you would suspect in a supposedly cold Wyoming; a male Broad-tailed Hummingbird (Selasphorus platycercus) was observed on May 8th @ 12:36 p.m. this spring.  A female was spotted four days later @ 7:15 p.m. and they spent time here with several others fattening up. 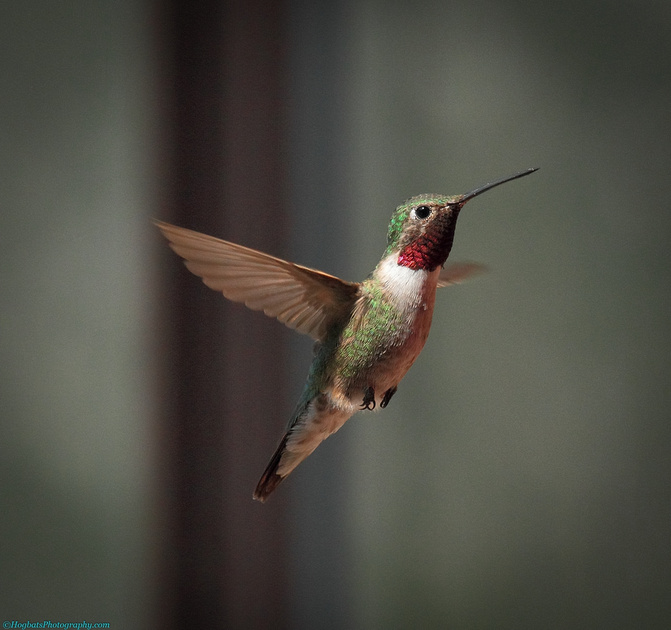 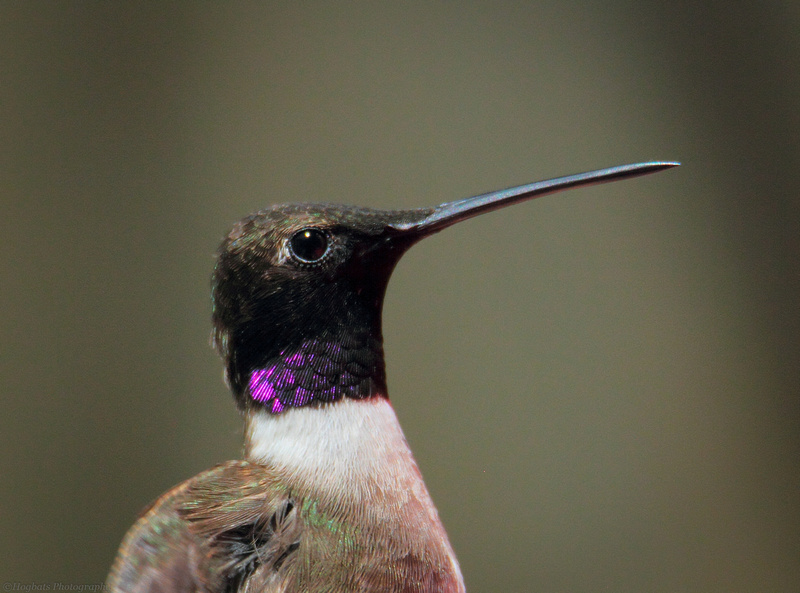 The first Rufous Hummingbird, a male, was observed on June 27th @ 9 a.m.  The aggressive Rufous arrive in the Wind River Canyon a week earlier then they did two decades ago.  This summer the hummingbirds would arrive here in abundance.  We had more hummingbirds mating/nesting here this hummingbird season then we had seen in many years; they were emptying two-cup nectar feeders in a single day!

The Rufous are a successful species of hummingbird because of their adaptability and aggressiveness; they are widespread and nest throughout the Rocky Mountain region.  The photograph below was taken this mid-July and is not a computer trick; manual exposure and manual focus while the bird is in shade, and the canyon is blown-out by the early-morning sunshine.

The last of the four species of hummingbirds that are seen in Wyoming and nest in the Wind River Canyon are the diminutive Calliope Hummingbirds (Stellula calliope).  They are North America's smallest bird, and the bird that actually migrates the farthest of all the birds in North America!  The Calliope has always been a favorite of mine; they are the smallest in class and the one most easily picked on by the big guys.

The new photograph of a male Calliope shown below was taken with the same manual settings as the picture of the male Rufous above, but was a real surprise.  I was trying to get an image of a baby Rufous when the male Calliope sat down for me; it was almost like he wanted his picture taken, too!  It's a sharp-focus photo of a very small bird indeed; he's smaller than 3 inches, like the end of your finger!!  His gorget is an amazing wine-red; the lite-green on his lower breast is the reflected green from a nearby sunlit pine; he is in shade. 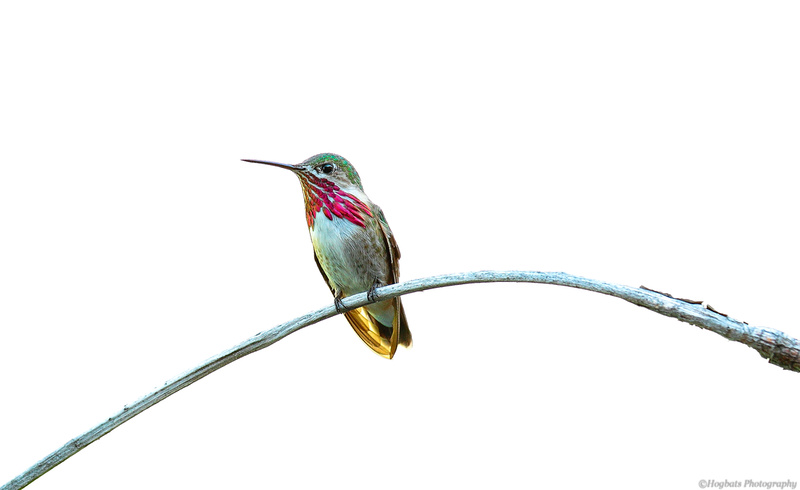 Dramatically changing weather conditions (storms & hurricanes) and habitat loss effect not only us, but also endanger the lives of the smallest and one of the most-loved of all the birds in America.  I believe that the hummingbird may be the metaphorical "canaries in the coalmine."  They are small and usually adaptable, yet, are easily effected by forest fires and loss of nesting habitat, just like people.  They are probably the most anticipated of all the birds around here, but the Black-chinned are breeding here each summer because of forest fires/loss of habitat in southern Colorado many years ago.  In conclusion, I'd say that summer 2018 was the best year for hummingbirds in quite some time in the state of Wyoming.

Thank you for reading my new Wind River Canyon Blog.  All content on HogbatsPhotography.com is protected by copyright and ALL RIGHTS ARE RESERVED.

"I want people to fall in love with Mother Nature, not wonder what happened to her."

Michael John Balog is a resident of the Wind River Canyon