It was one hundred degrees in my favorite high-hide.  The breeze blowing in my face felt more like the winds of the Sinai than the Wind River Canyon.  Every sunny afternoon I'm sitting in this spot with a camera on a tripod photographing the four species of hummingbirds that migrate into Wyoming to nest and breed for the summer.

Definitely hot and sweaty work; like a video game in the desert your reactions need to be fast and precise.  In portraiture photography the eyes need to be in sharp focus, even when your model moves at the speed of lightning; shooting over a thousand frames a week is not uncommon.  Each digital file needs to be looked at, just in case; the nights can be long.

July thirtieth was blistering as usual in my hide, but I was to finally capture wild animal behavior that always seemed to be impossible.  I ought to know, as I've tried to catch hummingbirds fighting/jousting a million times, it just happens in the proverbial blink-of-an-eye.

Anyone who has observed hummingbirds knows full well that they compete for food sources, and this competitiveness looks like a knockdown fight.  At times, like the knights of old, it even looks like they're jousting with those tremendous beaks; we've seen a male Calliope hummingbird that was blind in one eye; he disappeared quickly----probably ran into a tree!

Photographing this behavior is next to impossible, as it happens so quickly, and without a single warning "all hell breaks loose."  And in a fraction of a second it's over, and you didn't even get to pull focus.  I've never gotten close to what I had in my minds eye.  No image of this fighting behavior was as good as what I'd wanted, so I kept trying, a thousand times over; it all happens so quickly.....

Last week I finally made it all happen and the three photographs in this week's Wind River Canyon Blog are a genuine thrill for me.  After the fraction of a second the camera unloaded it's burst of speed, I knew there was something special inside.  Something that I'd tried getting an image of for nearly two decades!! 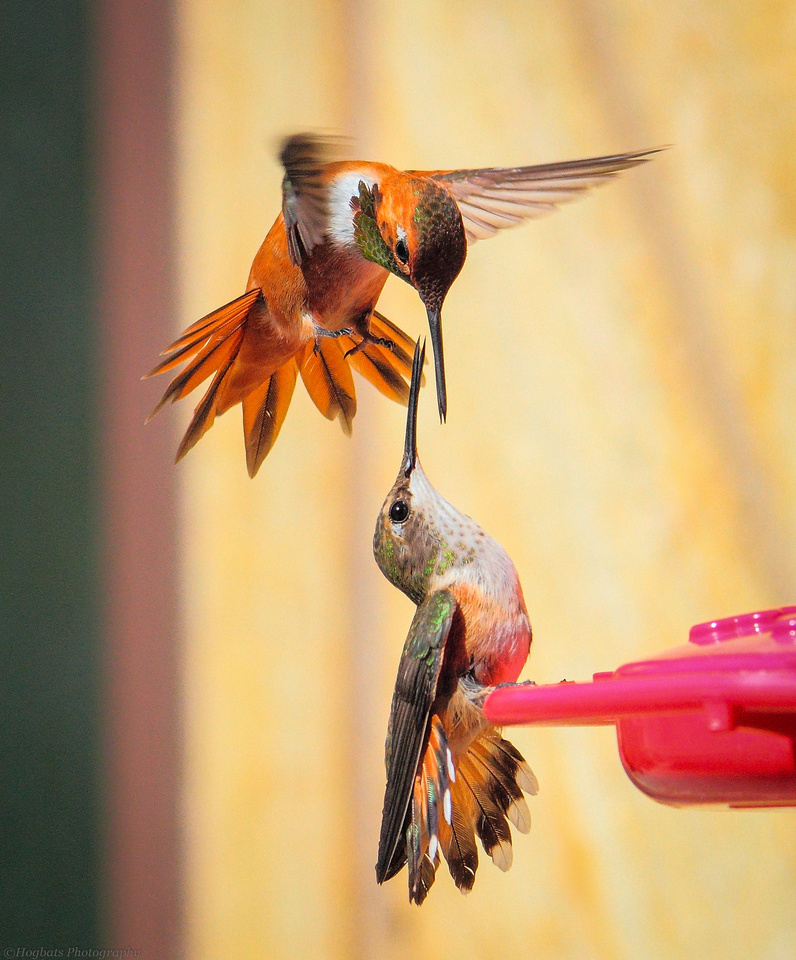 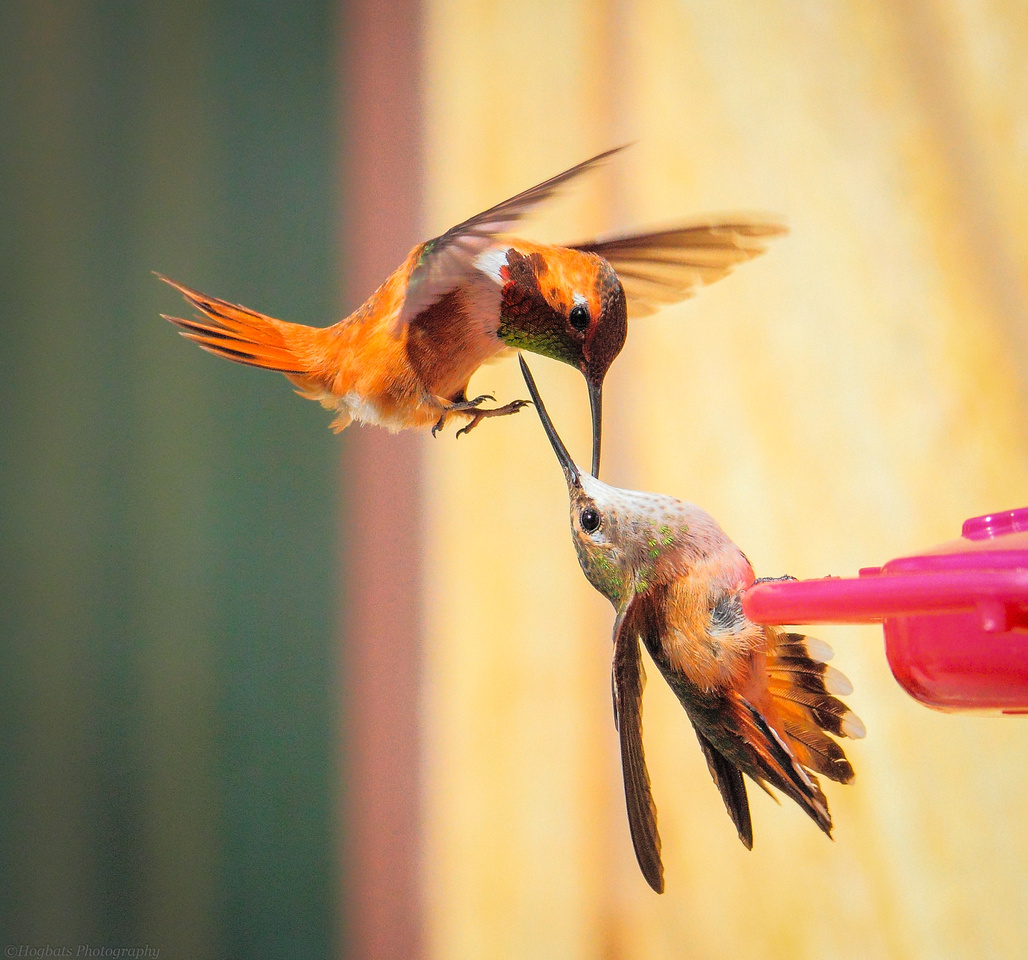 All of the fighting/jousting behavior that hummingbirds do is also quite essential.  Besides the obvious physical and flight development of the young (the hummingbird @ the bottom in the above images) they will compete for food sources the rest of their lives; a tagged female hummingbird was seen 12 years in a row!

You don't need a camera that costs 6,000 dollars to shoot images like these (it was an old, used Canon) and the lens was not a 14 thousand dollar lens; a factory refurbished Tamron 150-600mm G2; the tripod and ball-head are nothing special, either.  All it really takes, I'm guessing here, is nearly two decades of constant dedication to my favorite sexy models----the Hummingbirds of the Wind River Canyon.

All of the photographs, videos and wildlife stories in the Wind River Canyon Blog and HogbatsPhotography.com are produced & directed by Michael John Balog and are protected by international copyright laws ignored internationally.

Until next time, "keep your camera ready."