In the nearly two decades that I've been photographing and studying the hummingbirds that migrate through or nest in the Wind River Canyon in central Wyoming, Summer 2017 was the longest "Hummingbird Season" by far.  A written journal of such things was not my idea, but it was a very good one.

Hummingbirds started arriving early also, and subsequently each Spring they seemed to be here in the Wind River Canyon a little bit earlier.  As in all of Wyoming everything is weather dependent, of course.  As the weather starts to break I noticed we were getting more hummingbirds migrating through the canyon.

My first observation of a hummingbird in 2017 was on May 6th @ 6:15 p.m.  It was no more than a glimpse; it was a male Broad-tailed Hummingbird!  This was nearly two weeks earlier than previous sightings, but it was not the last.  Even with the cold and wet Spring they were in the area.  Snow in the high-country always forces birds down into the Wind River Canyon, and my hummingbird feeders now provide an excellent depot along their migratory route. 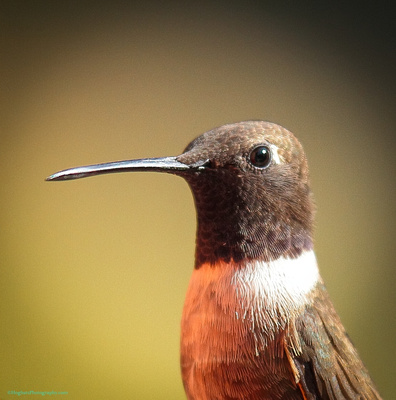 On the 19th of May @ 2:08 in the afternoon I observed the first of the Black-chinned Hummingbirds to arrive in the canyon.  Males always arrive first to establish their territories, and this year was no different.  Four days later I made notations on both male and female Broad-tailed and Black-chinned Hummingbirds; this was the earliest I have ever witnessed breeding hummers in the Wind River Canyon!  I wrote, "I must be doing something right."

The rocket-like back and forth display of the male Black-chinned Hummingbird is an amazing thing to witness, and it happened right in front of my living room window on June 4th @ 7 p.m. 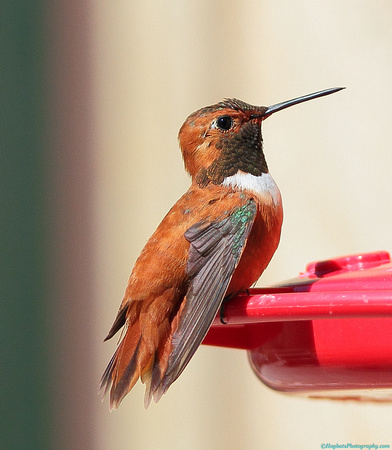 Historically, its been noted by myself and a few people in the town of Thermopolis, 12 miles away, that the Rufous and Calliope species of hummingbirds don't arrive till the first week of July, but this is no longer the case in the Wind River Canyon.  The first Calliope Hummingbird, a male, was observed on the 14th of June!  This is crazy early, but there was a time when the hummingbird feeders wouldn't have been put out yet.  The first Rufous Hummingbird was noted in my journal on the 27th of June, and they have never been seen in the canyon this early....ever!

*My advice to hummingbird lovers everywhere is this----"Get your hummingbird feeders out early, much earlier than you think necessary."  They may be migrating through your area and you don't even know it.

Learning through experience to leave the hummingbird feeders up and clean past Labor Day weekend, we would always see migrating hummers every day, but not for very long.  This year we saw a young female Broad-tailed waiting for a cold, rainy storm to move through.  We saw her every morning while having coffee, even when the temperature was only 40 degrees and there was snow on the rim of the Wind River Canyon!  Last Wednesday the 27th of September she stopped by her favorite feeder for the last time....the weather had cleared.

You learn an awful lot when you live out in the wilds of Wyoming, if you're paying any attention at all.  I've learned to put out the hummingbird feeders the last week of April, unless it's snowing down in the canyon!  Leave them up late, later than you think....books say to leave up the hummingbird feeders two weeks after you see the last one.  Please keep the sugar water clean, as things can grow in your homemade nectar in the hot sun.  If you put in your time, you will be paid back a million times over, that's a promise from a "hummingbird fanatic." 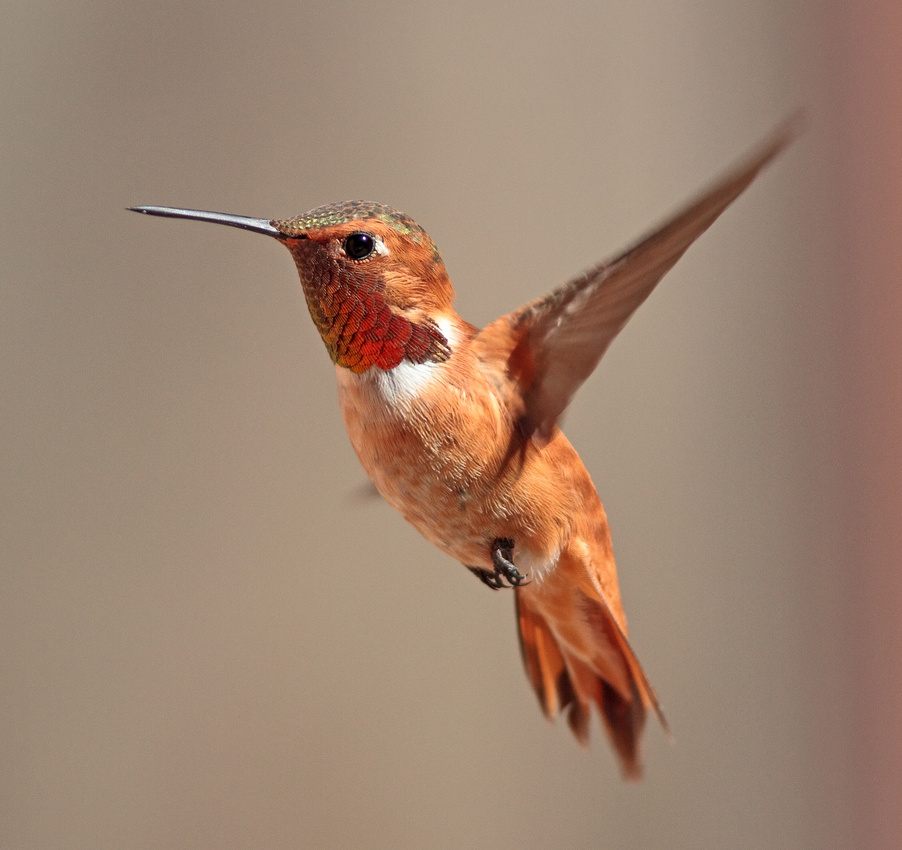