While this is my usual wildlife blog from the Wind River Canyon here in Wyoming, this time around it contains a little something extra; a review of the new Canon EOS M6 Mark II mirrorless camera; and new wildlife images taken with this brand new camera.

It was time for a new camera, but I wanted something different and especially challenging, since I'm bored stiff this time of the year.  We've had snow on the ground for months already and we're expecting a blizzard with more than a foot and a half expected out here in the canyon!  I've been using SLR (digital and film before that) type cameras for nearly a half century.  So let us push the envelope a little and go small and mirrorless.

The Canon M6 Mk II is a very small, high-tech camera that technologically speaking could not have existed in the last century or even the last decade.  It was released before the holidays.  It's smaller than the last paperback book you read; smaller than I expected to tell the truth.  The body of this Canon weighs slightly over 14 ounces naked.  It has a large touchscreen that is slightly adjustable with buttons, switches and knobs right where I'd want them to be; it's a Canon after all.  It contains a large 32.5-megapixel APS-C image sensor that gives clean images @ an ISO of 1600!

Since my main interest has been and always will be the hummingbirds that nest in the Wind River Canyon every summer, I can hardly wait for them to return from their winter in Mexico.  I'll be able to shoot at shutter speeds that I've only dreamed of.  An excellent EVF (electronic viewfinder) is optional but shouldn't be.  A touchscreen is a great way of setting up and changing settings in a hurry, but is not the way to photograph wildlife in a wilderness.  The EVF is expensive but worth every penny, but it cannot refresh the screen as fast as the M6 Mk 2 can shoot images @ 14 fps!!  But without it you'll be taking important pictures staring at a small TV.

At 14 frames-per-second this shoots photographs as fast as some $6,000 pro cameras at a resolution that's outstanding.  Yes, the mechanical-shutter is very, very quiet; the electronic-shutter is totally silent, but is limited to just a one-shot button push....which I'm getting used to.  Without overstating this camera's ability, it's a supercomputer that takes pictures!

A little something about the manual that comes in-the-box; it is totally worthless.  This Canon M6 Mark II is a very sophisticated, software-controlled camera that the very limited paper manual only barely hints at.  Download the real manual from the Canon website----it is 600 pages long!!!  And, I read ever single page.  If an owner doesn't, they're never going to really use this camera.  I did say something about Cabin Fever after all.  A cheap mount adapter (EF-EOS M) is needed for those of us that have "normal" Canon EF lenses.

I first mounted the "bazooka" (a Tamron 150-600mm G2 lens) to this little gem; it was too much lens and not enough camera for hand-holding such a monster lens, but worked fine on my old tripod.  Since wildlife moves easily in a forest (or snow) and a tripod doesn't, I finally mounted my favorite Canon 70-200mm F4-L lens; it was the perfect combination. 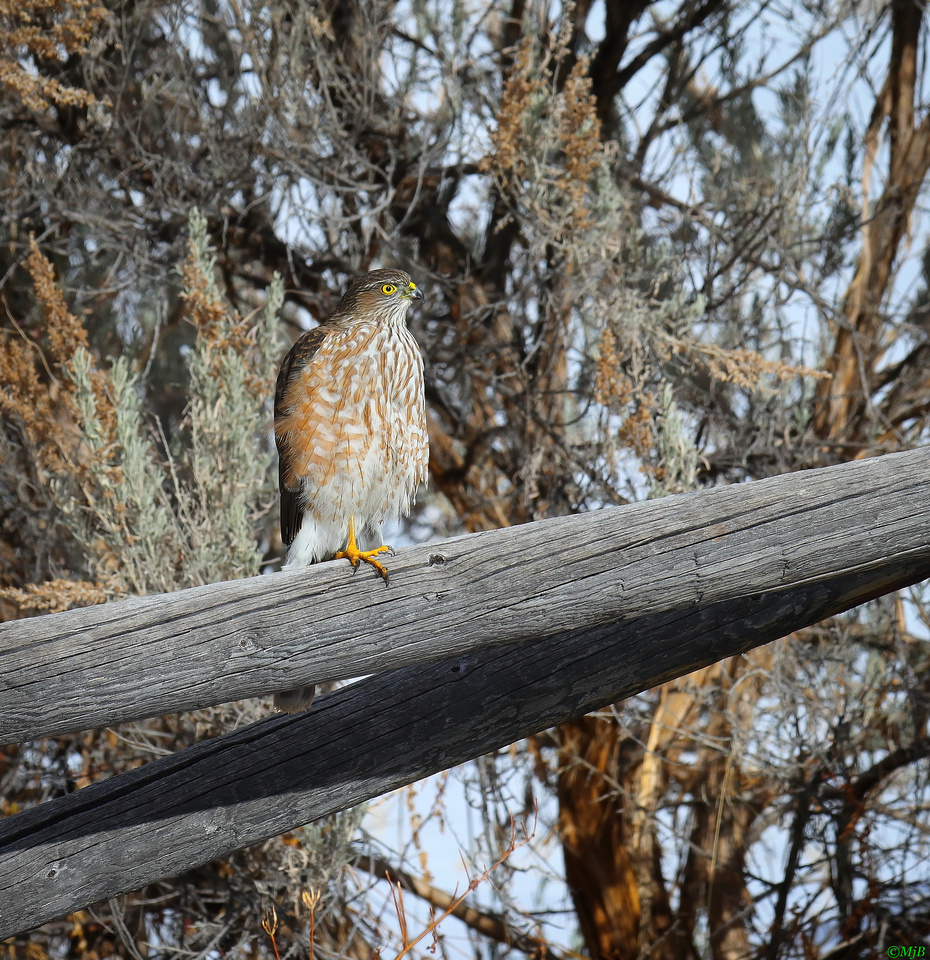 This Cooper's Hawk has been feeding around here for well over a month; he eats little birds and my feeding stations are like a cafe for this lightning fast raptor.  The silent electronic shutter meant it was easier to sneak around and get photographs of this amazing wild bird.  He has more than one leg....the other is being kept warm; which is not at all unusual behavior in this raptor species.

Just 2 days ago I spotted one of the cutest wild animals anywhere in the Wild West from my kitchen window.  They're small but so is my new camera; and silent, too.  I crept out and shot image after image totally silent.  I crept closer like I was taught by the hunters of the wilderness, and got some great shots of a wild animal you've probably never seen----a meadow vole. 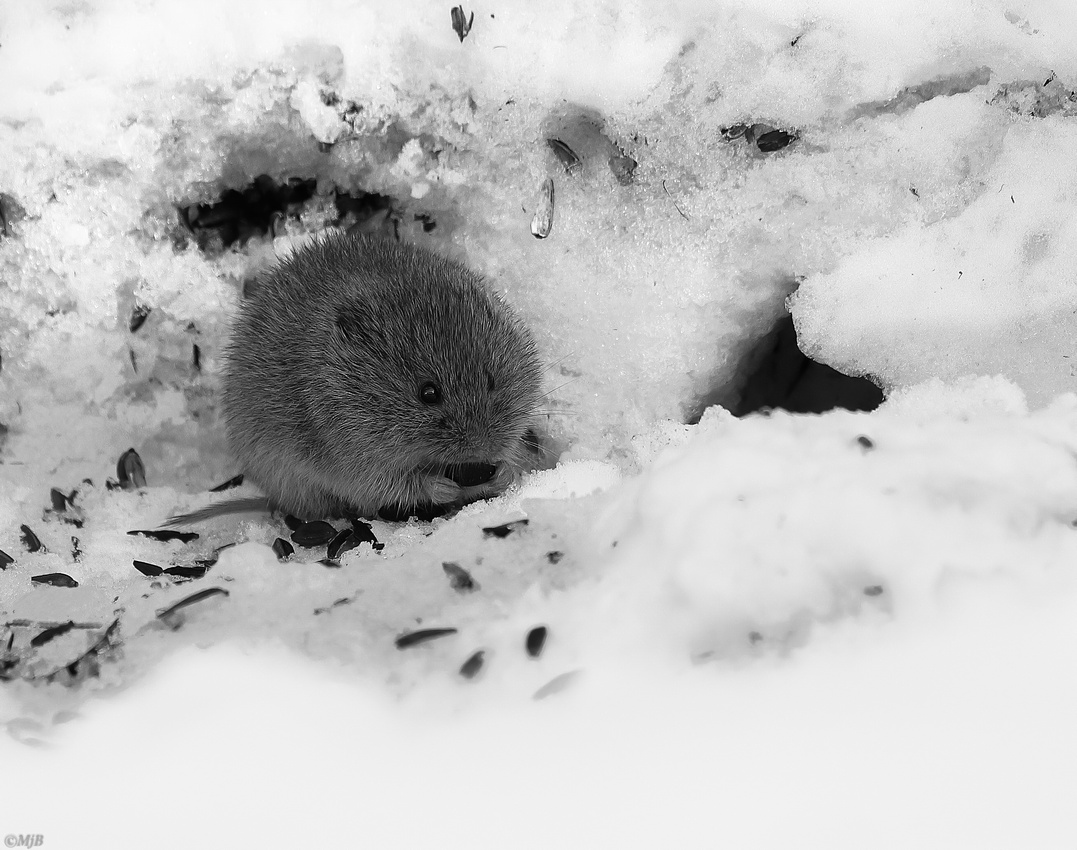 The Little VoleA cute little Vole-in-the-snow imaged in monochrome in the Wind River Canyon in the state of Wyoming.

Meadow voles live under the snow this time of the year; underground when there is no snow.  Their tails are short and they are very fuzzy for warmth.  But, are they ever cute and cuddly?  He looks like something from the Henson Creature Shop.  In color this small fur-ball was just right, but in black and white (monochrome) it made the image cuter by elimination of distractions.  On the downside, they are food for just about anything that eats; thousands of them may live on a single acre!  And those eyes.........

This new Canon M6 Mark 2 has been in my hands for only a month, but I find that it is a very powerful camera in a very small form-factor.  The touch screen is great for quick field software changes, as long as you don't have fingers the size of a cucumber.  The shutter speed of 14 fps is going to come in real handy when photographing birds in flight; the silent electronic shutter will get me even closer to the hummingbirds we all love so much.  I haven't even begun to touch on all of this camera's features.  I recommend purchasing this camera as a package deal; dedicated wide angle lens, EF lens adapter, EVF, battery, charger.....

Photographs were shot RAW, and so should you.  Software I used--Canon Digital Photo Photo Professional 4; Topaz Labs AI Sharpen; Adobe Lightroom.  This Canon M6 Mk 2 camera is a very powerful little package at a very great price point.  It has vastly more resolution than any other Canon I've ever shot before....and cheaper, too.

All content is protected by copyright and created by Michael John Balog (me) and I live in the magical Wind River Canyon.

Thank you for reading the Wind River Canyon Blog

Visit HogbatsPhotography.com to safely observe the hummingbirds, Bighorn Sheep, and all the other wildlife of the Wind River Canyon. 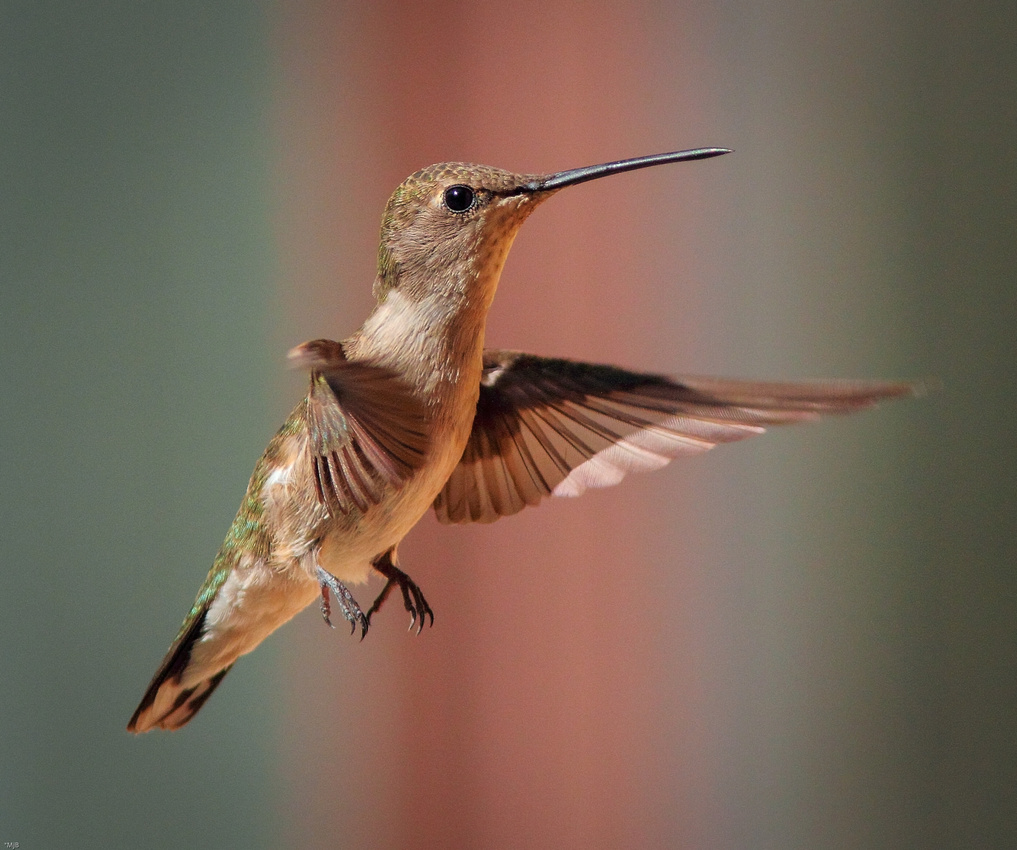