The Dancing Marmots of the Wind River Canyon

For many, many years I have tried in vain to capture a particular image of an animal behavior here in the Wind River Canyon.  The mammal itself isn't rare in Wyoming and is considered a pest by many people, most of whom have no intimate knowledge of these vegetarian teddy bears.

Observing these chubby members of the ground squirrel family that live near our cabin is fascinating and sometimes quite amusing.  This Wind River Canyon Blog is about the hidden life of the Yellow-bellied Marmot (Marmota flaviventris); a ground squirrel that can weigh twelve pounds!

They have been poisoned, shot to pieces, their homes bull dosed over, and as I found out from many of my American Indian friends....."very tasty if cooked right."  And the answer to your next obvious question is NO, I haven't eaten any "Rock Chuck"; the colloquial name for these fat and furry animals.

A famous woman in a nearby town asked me pointedly one day, "Where do they go in the winter?"  I told her that they really didn't GO anywhere:  Yellow-bellied Marmots spend three-quarters of their life underground and hibernate for eight months!  Later that day, when I was mulling over the information I'd given her about the life of a Rock Chuck in Wyoming, it seemed a lot funnier if I would have told her they took a bus to Arizona in the winter:)

Spring after spring and year after year I'd try to get a good picture of the Marmots wrestling or dancing together; a behavior others have witnessed but never photographed.  It looks like they're wrestling but it seems more fun to think of them as dancing.  Young and old alike participate in this "dancing" and it doesn't seem like it has anything to do with dominance behavior.

I've witnessed uncounted times in the green field, two rock chucks doing a wrestle/dance together.  Different ages, different sexes and different sizes, they all do this slightly wild dance.  It sometimes seems a little violent but there is never any blood, just this wild dance number without a tune.  It's intimate to be sure and nigh impossible to photograph because it is always too far away and it's all happening to a quick beat.  But this all changed with the monster Tamron 150-600mm G2 lens; now I could peek in on them with out being in the way. 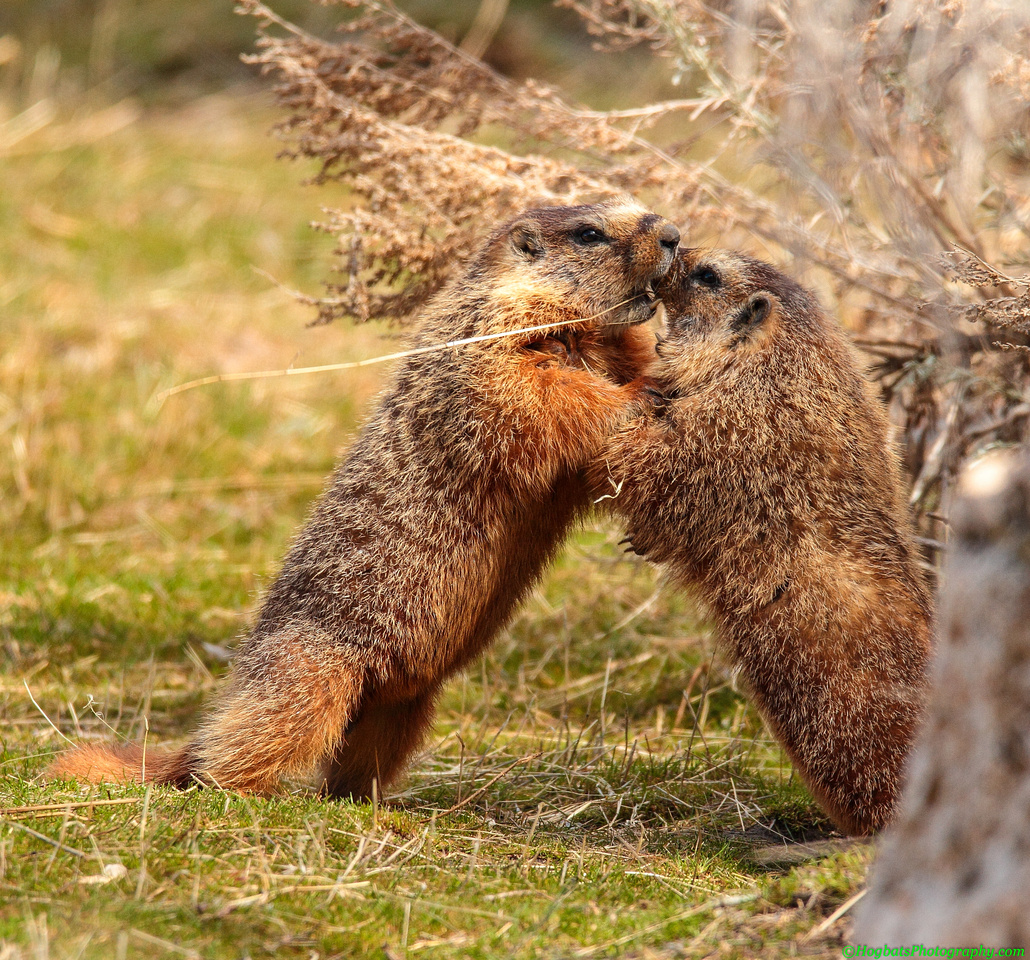 Hiding behind some wild roses last week gave me the chance to try once again to image these cute, little ground squirrels doing their morning dance.  If you've ever been to a big city dance club, it looks like that; violent but isn't really; they're just having fun.  The "Tamzooka" was hand held, because that's the way I like to work, besides, it's just a good workout.

The lens was zoomed in at 450mm, 1/640th @ f/6.3, ISO 400.  Tamron's image stabilization worked flawlessly and helped me concentrate on my models dancing instead of the image dancing in my viewfinder.  For those who think IS is just for low-light situations, it isn't....it is very helpful when you are studying just such a wildlife situation with a telephoto lens; it holds the image still so you can concentrate your mind on the animal's behavior instead of the wobble in the viewfinder.

One final bit of information about these cute, ground squirrels; their lifespan is fifteen years.  They dig giant holes in the ground near boulders for protection from predators, and will try and eat the veggies you're growing in your garden; now, if I can only keep them from digging huge holes in MY yard!!

Thank you for reading my Wind River Canyon Blog direct from Wyoming.  Until next time, keep your camera ready.

All photographs, images, and wildlife stories are produced by Michael John Balog and Hogbats Photography and are protected by copyrights known throughout the galaxy. 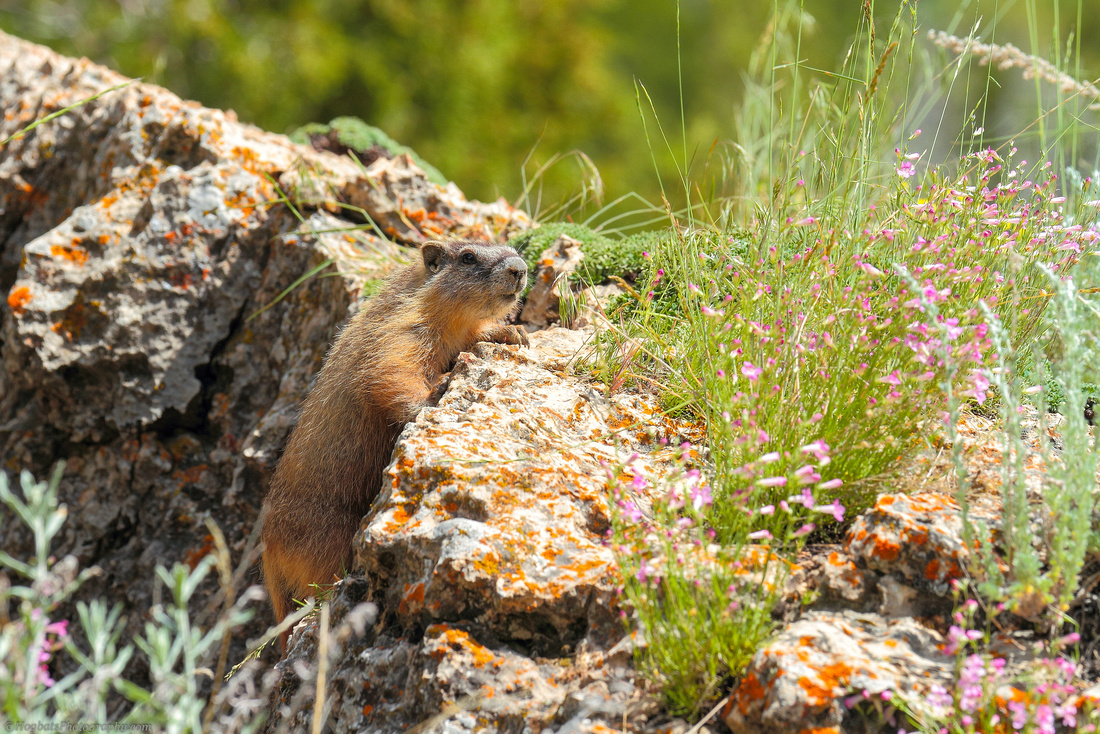